5635 persons graduated from Internship Program and the certificates were handed over by President of Indonesia – President Joko Widodo accompanied by Minister of Labour Mr. Hanif Dhakiri.

Also attend the ceremony are representative of business associations such as APINDO , KADIN, and companies from Bekasi, Karawang and Purwakarta.

In order to upgrade the competency of Indonesian workers, President of Indonesia Joko Widodo has been calling companies to have internship program actively.

Considering this Internship Program is a Program that Linking and Matching the need of Educational Institution, Graduates, Worke

Not only on receiving students on internship program in the companies, but also on sending the General Affairs / Human Resource Department representatives to have training to become Competent Trainer of the Apprenticeship Program.

In this Apprenticeship Program the apprentice will be given a 25% theory and 75% practice scheme and ended with a competency test (certification). 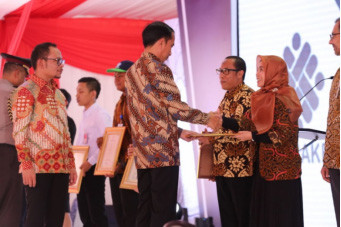 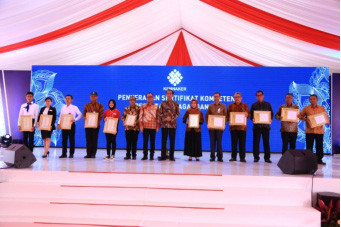